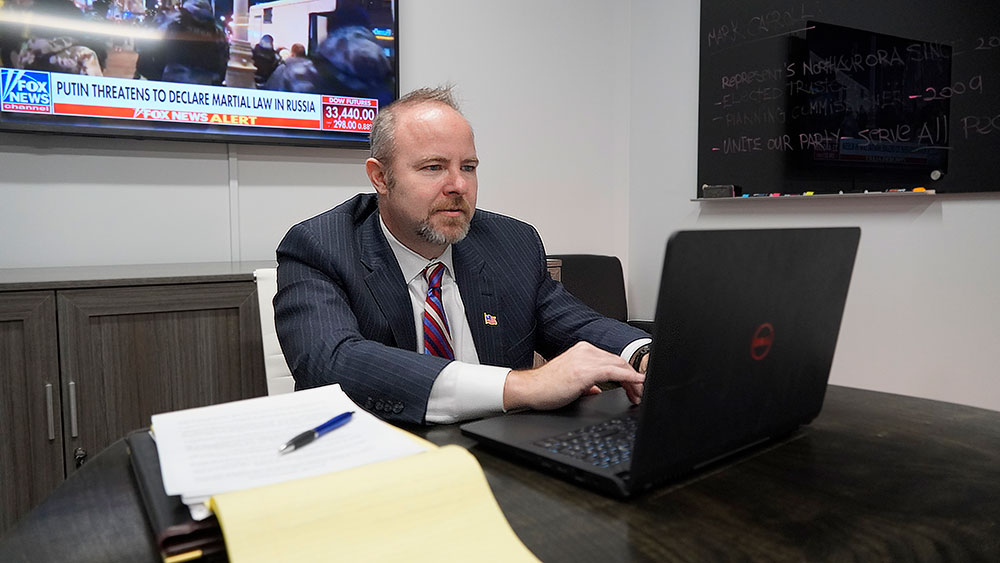 I am the son of Gene (deceased) and Frances Carroll who currently resides in Shorewood, Illinois. I am the youngest of nine children. My Father was an Army veteran serving in the Korean War, where he earned the Bronze Star. I was raised in a family that has always supported the Republican Party. I, myself, have always voted Republican because I believe that the values and principles of the Republican Party reflect the values and principles of America. My parents worked very hard to instill in us, universal traditional family values. Although never having attained a college degree themselves, my parents believed in the value of education and sacrificed by sending all nine of us to parochial schools through grade twelve, and ensuring that all of us would have the opportunity to earn a college degree.

I received my undergraduate degree from Hillsdale College, where I received a top liberal arts education with a focus on traditional conservative values. I receive the Hillsdale Imprimis regularly in order to continue my education. During my final year of college, I had the honor of working as an intern and subsequently as a staff assistant, for the U.S. House of Representatives Judiciary Committee Subcommittee on the Constitution, under the Chairmanship of the Honorable Henry Hyde, as part of the Republican Revolution of 1994. I was honored to have participated in the process of working on such legislation as the Partial Birth Abortion Ban Act, Defense of Marriage Act, parental rights legislation and lobbying reform.

Following my time in Washington, D.C., I returned to Illinois to attend law school at Northern Illinois University, where I met my wife. Most of my professional career has been spent representing individuals and small businesses in almost all areas of commercial law, probate, transactional and corporate law. I have sat with business owners and guided them in how to mitigate risk and how to defend their business in litigation. I have sat with Senior Citizens as they navigate the difficult decisions associated with end of life care, estate planning and tax issues. More recently, I have spent the past 5 years practicing as in-house counsel in the financial services (mortgage) industry, where I have seen firsthand how regulation by enforcement without any accountability to the “People” stifles job creation as well as innovation. Companies are forced to spend more money on mitigating compliance and regulatory risk, rather than spending money on added jobs and technology.

In addition to my professional experience, I have represented the people of the Village of North Aurora since 2014 as an elected Trustee, and before that as an appointed Planning Commissioner since 2009. In addition, I have served my Community as Past President of the North Aurora Lions Club, volunteer youth baseball and basketball coach, served on various Boards at my Church as well as regularly volunteer throughout the Community. I have also volunteered at a legal assistance group located in Kane County to assist individuals without financial means in various civil legal matters.

As a lifetime Republican, I am prepared to present, once again, a message of optimism and hope; a message that inspires people to greatness; a message that is blind to race, gender, religion or economic condition. Although I may not always agree with every Republican, I am seeking to unite our Party and work toward healing our divisions. I am prepared to share my message with every person in the 11th Congressional District who believes that tomorrow can be a better day than today; who still believe that their children’s’ futures can be brighter than their own; and who believe that America’s glory has not come and gone, but who believe that America’s best days are always ahead of us. I am prepared to do whatever it takes to convince the people of the 11th District that contrary to what the Democrats and the media would have us believe, America remains the “Shining City on the Hill,” still acting as a beacon of hope and freedom throughout the World. And, I am prepared to demonstrate that the unwavering moral principles and optimistic vision of the Republican Party are really America’s principles and America’s vision, which will ensure a better, brighter tomorrow for all Americans for generations to come.